Constraints are a matter of perception

Constraints are generally viewed as negative, though having the right constraints can help propel you in the right direction. 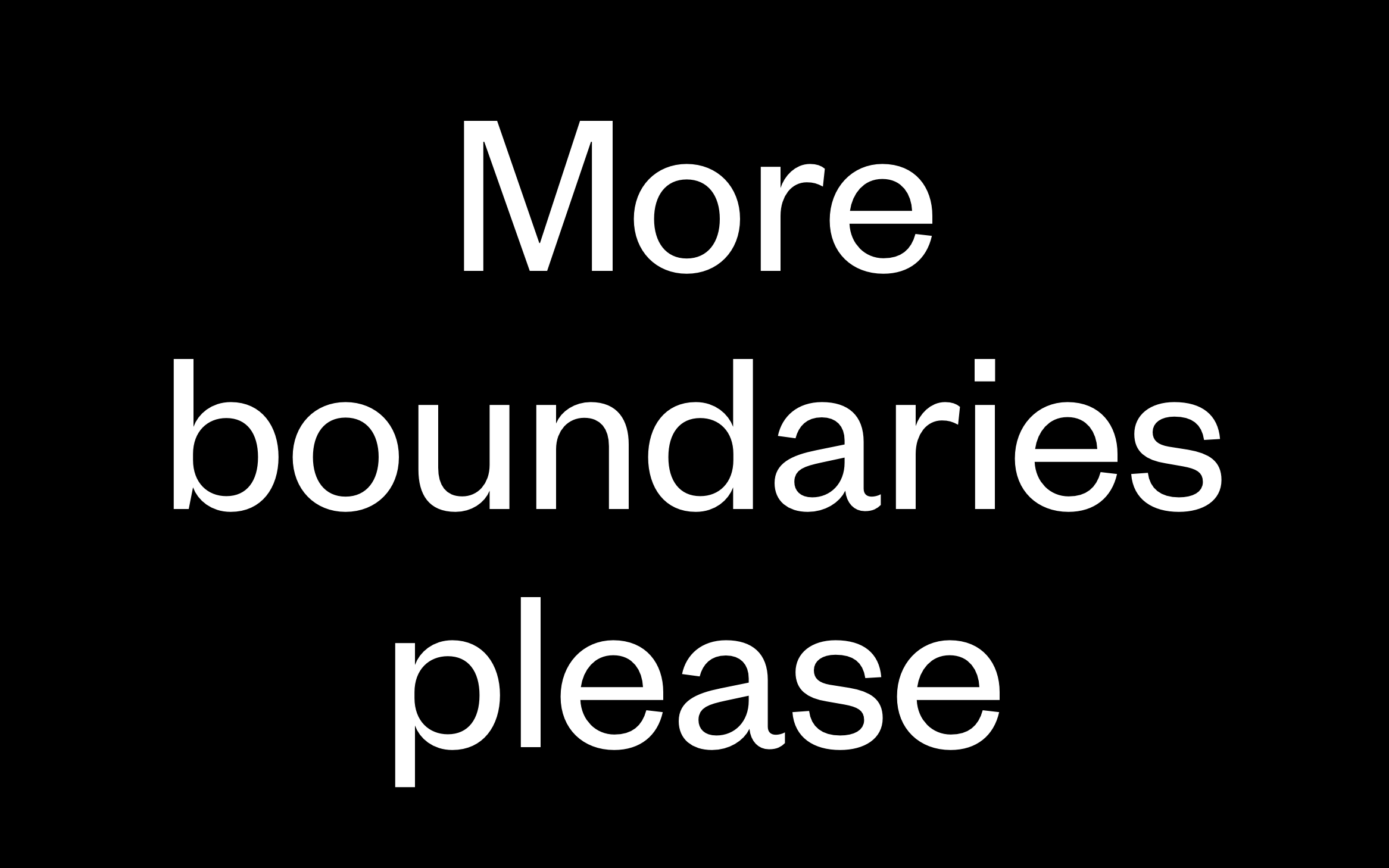 A constraint, by definition, is a limitation or restriction on something. A water restriction is a constraint on agricultural production, as is the limited number of hours in a day on productivity. The general energy when someone utters the word “constraint” immediately shifts to crisis mode, as something has to have gone wrong somewhere along the way for a constraint to exist.

Broadly speaking, there are two types of constraints:

The constraints that are put on you by external forces are the constraints most people get all negative about as they act as invisible stop signs, hindering you from making the progress you want to make. The world’s most exciting companies, however, are the ones that identified these constraints as opportunities, leveraged them in innovative ways, and changed perceptions. Changing perceptions can remove the constraints.

In the business world, the best example of a company that identified a constraint and removed it by altering perceptions is Airbnb. When they started out, no hotel considered them a threat as it was the norm to stay in hotels when you travelled anywhere for any reason. Why would anyone want to sleep in someone else’s bed or on a couch when a pristine white bed setting and buffet breakfast was the alternative? Airbnb redefined what it meant to experience a place like a local.

So, already there is one argument as to why constraints are a good thing: they are opportunities to create change.

Now, if we shift our focus slightly towards the external constraints that are harder to change, again, we see opportunity. These constraints are the tracks under a train. They are the things keeping us upright and moving in the right direction.

An obvious example is the certification pharmaceutical products must pass in order to be sold to consumers. This process is a constraint as it is a requirement for a product to become commercially viable, but it is also an opportunity as certification is a signal for consumers that they can trust a medicine to cure a certain illness. In this scenario, constraints create a positive perception.

Finally, there are the constraints you put on your business. These are seldom spoken about as constraints, however, they are in every way constraints.

When you impose constraints on your business (or any project for that matter), you are creating artificial boundaries for your organisation to operate inside of. In essence, you are aligning your organisation or project around a set of rules that empower your people to say no to distraction. Eliminating distraction creates opportunity to carve out your own niche and to boost productivity.

Think of Amazon, “the everything store”. When Amazon started out it was a humble online bookstore in competition with Borders and other bricks and mortar bookstores. Today, as its strapline suggests, it sells everything from books to hoverboards to gardening equipment. Amazon would not have been able to expand so broadly without its laser-like focus on only selling books in the beginning.

I’ll close this argument with one final example. Apple. For years Apple competed with the rest of the computer industry on computing power and performance. When Steve Jobs returned to the helm of the company after having been ousted years earlier, he changed the company’s focus to design.

Jobs understood that the laws of diminishing returns meant that the average consumer didn’t care about the incremental improvements and nano differences between one computer and the next. What people really wanted was a computer that fit their personal narrative. Changing the company’s focus from tech to design changed their internal constraints and ultimately helped inject the company with the life it needed to dominate the world of personal computing.

So, in conclusion, constraints should be viewed as opportunities to either create perception, change perception, or create focus. When we take these three learnings and apply them to design, we give ourselves the opportunity to create true innovation.